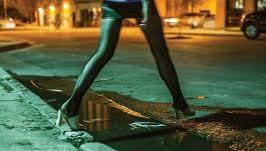 “You hypocrites! You are like whitewashed tombs, which look fine on the outside but are full of bones and decaying corpses on the inside.”–Jesus Christ; Matthew 23:27

David Savage was eerily calm. If Marvin Gorman was afraid that the spurned husband would swing on him, his fear was relieved when Savage spoke.

“Brother Gorman, she told me that she confessed everything to another minister and right now he is waiting on a phone call from you. I’m so sorry she felt it necessary to bring someone else into this. If she had told only me, I know the three of us could have worked this thing out.”

Gorman dutifully dialed the number Savage recited even as a tidal wave of panic threatened to take out his legs.  The “other minister” was Michael Indest, a fellow New Orleans pastor with close ties to Jimmy Swaggart. Swaggart’s long time attorney William Treeby, attended The First Assembly of God congregation in New Orleans where Indest preached.

Indest answered the phone. “Marvin, I’ve been expecting your call. We need to talk.”  Gorman reluctantly agreed. They set a meeting.

According to Gorman, Indest was inappropriately incensed during the meeting, even more so than Savage, who also attended. Indest demanded that they inform Jimmy Swaggart about the situation. Gorman, understandably, didn’t want to. He knew that Swaggart had been snooping around his friends, Jim and Tammy Bakker, looking for dirt on them and their extremely lucrative PTL Network.

Besides all that, it was none of Swaggart’s business.

“I would rather call the District Superintendent,” Gorman said. But Indest wouldn’t hear of it. “I don’t trust the Superintendent,” he said, knowing that Gorman was a member of the presbytery the superintendent presided over. Then he threatened to call Virginia, the preacher’s wife of thirty years, and members of his congregation’s board of ministry.

Gorman didn’t want his wife to hear the sordid details from Michael Indest. Plus, he held out hope–fleeting though it was–that maybe he could talk his way out of the whole sordid mess and still salvage his twenty million dollar bank loan that would secure his own television ministry. He was scheduled to sign the paperwork the very next day.

He decided to roll the dice on Swaggart.

Lynette Goux was a close friend of Jimmy Swaggarts wife, Frances. Suffering from marital difficulties, Lynette had sought the counseling of Marvin Gorman. Despite the counseling Goux’s marriage failed. She moved in with the Swaggart’s during the divorce proceedings. During her stay, she confessed details of a sexual encounter with Marvin Gorman to the couple.

Jimmy Swaggart confronted Gorman with the accusation and he admitted to fondling Lynette Goux. He said the unhappy woman had thrown herself at him, going so far as removing her blouse and brassier. According to Gorman he was momentarily overcome with desire but stopped himself before things progressed any further. Swaggart and Gorman prayed about it and presumably put the matter to bed.

But Swaggart did not forgive and he certainly didn’t forget, even though he felt something of a kindred spirit, yes, even though he recognized a familiar vulnerability–one that had been rumored for quite some time. Swaggart knew of several women who had told friends, who in turn had told other friends and so forth and so on about disturbing encounters with Reverend Gorman during counseling sessions that resulted in groping and kissing.

Of course it was just hearsay and accusations alone wouldn’t sway the board of presbyters that Gorman was a member of and neither would the indiscretion with Lynette Goux. She was too close to him and Francis.

They wanted proof. And now he had it. Now he, Jimmy Swaggart–the fire and brimstone breathing evangelist from the bayou–had him, Marvin Gorman–the touchy-feely upstart with Italian loafers–exactly where he wanted him, between a rock and a very hard, lonely place.

The Travel Inn had seen better days. Back in the 60s when Airline Highway was the premier route linking the capital of Baton Rouge to New Orleans and the main corridor to the airport, the motel was upscale, catering primarily to the burgeoning executive. Its billboard boasted of: Swimming Pool, Air Conditioned Rooms, Tile Baths, TV, Carpeted Floors and Room Service.

The construction of Interstate 10 changed all that. By the time Debra Murphree set up shop there the pool was just a white washed sinkhole with a tad bit of black water so noxious mosquitoes avoided it. Still it was better than a lot of the motels on Airline Highway that had rooms so small you could barely fit a double bed in them.

In fact, by brothel standards, Murphree’s room wasn’t small at all. In addition to the bed, there was plenty of room for: Nightstand with Lamp, Chair, Side Table, TV and Chest of Drawers. On the nightstand and chest of drawers Murphree displayed pictures of her children, two boys and a girl. They lived with her mother in Indiana.

She had worked hard to build up a clientele so she didn’t have to walk the streets. She hated pulling tricks in the often sweltering, stinky, claustrophobic confines of a car. Plus it was dangerous. You never knew whose car you were getting into. But that’s what you had to do to get where you could work indoors. And that’s how she met him.

Despite what some would later say and write, Debra Murphree took pride in her appearance that, all things considered, was unremarkable except for two small homemade tattoos on either arm and a rather sexy little gap between her two front teeth. Yes, she had a taste for cocaine and a boyfriend who dealt it, but not to the extent that she didn’t bathe or comb her hair. She dressed relatively nice, deliberately low key, with just a trace of casual Friday. She was wearing slacks and sweater when he pulled over in his long tan Lincoln Continental.

“You looking for a date?” she asked. “Are you a cop?” he retorted. She raised up her sweater to prove she wasn’t.

He certainly wasn’t one. His jogging pants were cut at the inseam and he was playing with himself.

That’s how it started. For a whole year she saw him two or three times a month. He called himself “Billy” but she knew he was Jimmy Swaggart. At the London Lodge diner, where she took her meals, she initially bragged that the famous preacher was a client. Nobody was surprised. Or impressed. “He’s been cruising these streets a long time,” the cook said.

During that time he never admitted who he was. Nor did he betray the slightest empathy for her soul or circumstances. Some other johns did. Some talked to her about God, urging her to get out of town and to turn her life around. But not him. Not ever.

He was her cheapest trick. He never tipped.

At least he didn’t ask for much. He mostly just liked to watch. When he was done he pitched the money on the nightstand and dropped the tissue on the floor. He never stayed longer than twenty minutes and she was glad.

On the afternoon of October 17, 1987 their usually brief session was cut even shorter. Vice had been in the neighborhood and Murphree spotted an officer that she knew running across the Travel Inn parking lot. “Looks like we’re about to get busted,” she said.

Bam! He hit the door.

“You would have thought his pants was on fire,” she told private detective Reed Scott Bailey later. They both got a chuckle out of that. But it wasn’t so funny then. At least not at first.

On that day it was her turn to watch. And she did, through the peep hole of her door. He started up the Lincoln and started to back out. Lo and behold he had a flat.

Poor Jimmy. And he was in such a hurry. He hustled a spare and jack out of his trunk and started working on the lug nuts.

A blue four door barreled into the parking lot. A man got out and approached Swaggart as he struggled with the lug wrench. “Jimmy, what in the world are you doing here,” the man exclaimed. Swaggart rose and offered to shake the man’s hand. The man refused.

The man shook his head. “No Jimmy. What are you doing here?” he asked gesturing toward her door. Swaggart didn’t answer. Instead he bent down and started messing with the flat again.

“I hope you know you’re in some serious trouble son,” she heard the man say.

There was some more stuff said between them that she couldn’t quite make out. Finally Swaggart got the spare on. “Can we go someplace else and talk?” she heard him ask.

She watched as they got into separate cars and drove out of the parking lot. The man in the blue four door following Swaggart in his long tan Lincoln.

It was nice. As far as cars go.