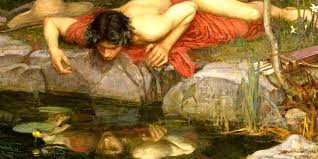 He wasn’t supposed to hear, but he did. It was one of the things he both did and didn’t like about her. Her voice carried.

“He’s in a foul mood today,” she went on in her whisper voice that wasn’t a whisper at all. And then there were muffled voices…Words he couldn’t understand…Laughter…

Nonsense. He didn’t have time for it.

Easy for them to scoff. Easy for them to ridicule. What did they know about pressure? Every word he uttered was scrutinized. Every gesture, grimace and smile picked apart.

They acted like he wanted to feel this way, to act this way. Like he enjoyed it.

The truth was he hated getting bristled. Bristling wasn’t a good look for him. It made his jaw clench and his lips purse. It caused him puff out his chest and for that nasty film of sweat to form where his mustache would be, if he had one.

His dad had a mustache. It was a despicable thing. A food trap. A bacteria trap…

Bristling made him hot.

He got flushed when he bristled. And flushing was especially unbecoming to him. Flushing made his face look more mottled. It didn’t matter that he tanned his skin to the color of a terracotta pot.

He heard her say that too. It pissed him off, but he had to admit it was funny.

So, he let things roll off him when he could.

His butler brought him a diet coke. He watched the man’s movements, slyly, with his excellent peripheral vision.

So precise. So fluid. So careful.

He admired the military crispness of the uniform, the faint clean smell of soap and water on the skin, the jolt of peppermint on the breath. He envied the butler’s grace even as it repelled him.

“Is there anything else…”

He waved the butler off mid sentence. And turned up the television.

The butler bowed, not deeply but noticeably and left the room.

To him there was no nobility in servitude, no honor. The thought of it irked him.  Servitude was for the low class.

Waiters. Hairstylists. Nurses. Chauffeurs. Losers…Pilots too. They were just chauffeurs in the sky.

Servitude reminded him of his mother, who’d been a maid, before she hit the lottery and married a rich man. Before she became a snob. If there was anything–anyone–that he couldn’t abide it was an unqualified snob.

He could spot them a mile away.

Always too much jewelry.

The thought of his mother made his head hurt. He messaged his temples.

At least she had regal features. Good straight, even features. Unremarkable Scandinavian features.

But her hair. That long winding, sculpted monstrosity piled on her head. The gallons of hairspray. The smell… One time he had tried to touch her hair when he was a child.

She slapped his hand away.