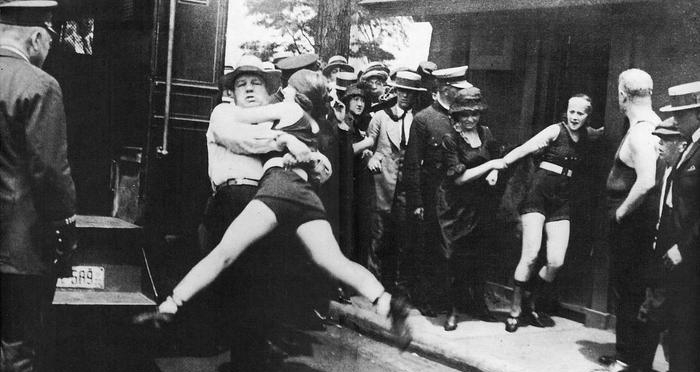 THIS IS A STORY BASED ON THE TRUTH. THE NAMES OF THE CHARACTERS, THE LOCALE AND THE CIRCUMSTANCES ARE HISTORICAL AND FACTUAL. I HAVE TAKEN LIBERTY WITH SOME INCIDENTALS AND THE DIALOGUE, BASING THEM ON THE ERA, THE SITUATION AND THE CHARACTERS INVOLVED.

It’s not like Little Augie had it easy growing up either. In fact, he had it worse. He was one of ten kids; they didn’t have enough to eat, owned little more than the clothes on their backs and were cold in the winter and hot in the summer.

That’s just the way it was in Brooklyn in those days, for the kids of immigrant parents. Wop kids. Jew kids. Mick kids.

Most of them, anyway.

Little Augie couldn’t do a thing about the cards he was dealt, but he wasn’t about to cry over spilt milk he didn’t have in the first place. So he learned the street rackets in urchin gangs–how to make a zip gun, how to stick someone without killing them and how to palm from the merchants wagons.

He learned the hard stuff too, like how to cut somebody’s throat without getting sprayed with a guizer of blood.

But most of all he learned the art of the steal–running dice games and card games–that was his specialty, even more than running hooch and broads. When somebody called his bluff, he flipped the table and robbed the game.

You know what they say–the house always wins one way or another.

Little Augie believed in himself, period. But he was as practical as he was ambitious. A quick and dependable study, he graduated from street gangs to working for the black hand extortion gangs.

Even so he was no Bruno; he was too small and too smart to be muscle. He worked with and for his street pals who grew up to be the bee’s knees of the syndicate, guys with the same streak of viciousness, calculation and restraint: Lucky Luciano, Myer Lansky, Frankie Yale, Al Capone, Joe Adonis and, especially, Frank Costello.

This was before everybody got divided up, when Luciano was in the process of taking things over, thereby relaxing the black hand’s grip on the rackets and putting the kibosh on their bunk about not working with anyone who wasn’t Sicilian.

It was about this time that Al Capone got wind Frankie Yale was stealing hooch from his trucks–trucks he was supposed to be protecting. Big Al was pretty peeved about that. By then Little Augie was bouncing back and forth between Brooklyn and Chicago, acting as eyes and ears for Yale, who wanted to take over the Chicago mob.

One night when Frankie was holding court at his social club, the telephone rang. Joey Peraino was behind the bar and took the call. “It’s for you boss,” he called out.

When Frankie got off the phone he looked a little green around the gills. “Everything okay, boss?” Joey asked.

But Frankie said no. When the chips were down, he trusted no one but himself. He rushed out of the club and roared off in his brand new bullet proof Lincoln.

A few blocks and a couple of twists and turns down the road, a married couple relaxed in the front room of their swanky brownstone. All of the sudden they heard the roar of engines, the screeching of brakes and tires and incredibly–terrifyingly–the rata-tat-tat of a machine gun! Right outside their door!

Now most people would have hit the floor. Not these two. They ran to the window just in time to see two men, little more than shadows with machine guns, dive into the back seat of a black Buick before it raced off, black on black into the night.

Not only that, an enormous car had run up onto the corner of their stoop, making a mess of the steps and their fancy brick planter. A heavy-set man in a nice suit was slumped over the steering wheel, obviously dead. His head was blown apart.

When the cops got there the couple found out it was Frankie Yale.

And that’s what Frankie’s pals said too, when they found out that the dealership that bulletproofed the Lincoln had forgotten to put in bulletproof glass.

The syndicate gave Frankie the biggest funeral Brooklyn had ever seen. And what a spectacle it was! His solid silver casket rested on a bed of overflowing flowers atop a convertible hearse. Cars filled with family, wreaths and dignitaries followed for miles and miles. People lined the streets to watch.

Then his pals carved up Frankie’s rackets and his assets. A big chunk went to Joey Peraino, but he didn’t get the lion’s share. That went to Little Augie.

Frankie’s wife, his ex-wife and his three daughters got what was left–about three thousand dollars.