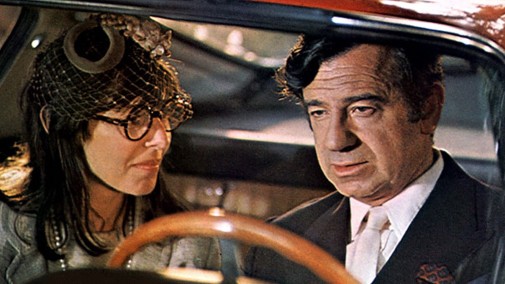 Man about town Henry Graham (Walter Matthau) finds himself in a most loathsome predicament–he’s broke. Despite the various safety nets and warning bells afforded the upper crust, Henry (teetering on late thirties that he may have already toppled over) has extravagantly exceeded the principal of his trust fund. His checks are bouncing all over town.

What’s more, aside from being a pompous ass with the vocabulary to prove it, he has no bankable skills. In a matter of days he will be a wretched member of the unqualified snob club.

Understandably, Henry cannot call in favors from friends because he has done no favors and has no friends. Even gregarious glutton, Uncle Harry, (James Coco) delights in his nephew’s floundering. Still, he offers a twig to the drowning man. He will loan Henry fifty thousand dollars which must be repaid in six weeks. If Henry fails to pay within the allotted time, he will forfeit every dime of his estate.

With no other choice beside suicide–which he contemplates but grandiosely dismisses–Henry takes the loan and the advice of Harold, (George Rose) his gravely-concerned gentleman’s gentleman: marry a woman of wealth.

In A New Leaf, (1971) writer, stage actress Elaine May, takes her first turn as director with her own screenplay, adapted from prolific short story writer, Jack Ritchie’s The Green Heart. Starting with a strong cast of mostly stage actors, May produces a hysterical, comedic character study, sharpened with dark satire, brazen wit and unyielding good taste.

May completes the theatrical trifecta with her portrayal of Henrietta Lowell, the clumsy, skittish, yet brilliant horticulturist and heir to the estate of an industrialist father. Prior to her introduction to Henry, Henrietta has but one devout ambition–to identify an unknown species of fern.

Henry sizes her up as the perfect mark and sets about on an astoundingly short courtship that leads the two straight to the alter and then on to a burgeoning murder plot. But before that, Henry verbally eviscerates one of Henrietta’s snobbish tormentors, puts his wife’s affairs in order, rescues her from crooks and a toga-style nightgown, all while keeping the hors d’oeuvre crumbs brushed from her haphazard attire. Within the the doldrums of everyday life, Henry discovers the faintest glimmer of a purpose–and a conscience.

But is that enough? In black comedy one never knows.